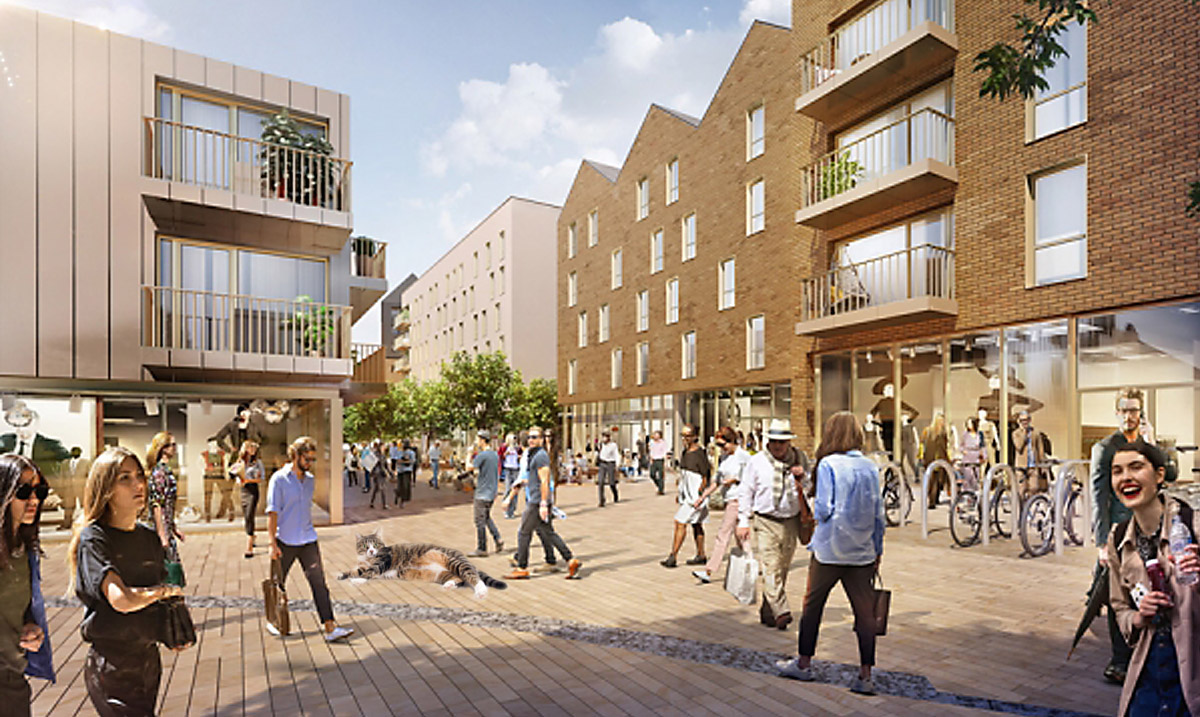 Mace has submitted plans to redevelop the West Way shopping centre in Botley on the outskirts of Oxford.

The firm took over from developer Doric after its £100m plans were rejected by the Vale of White Horse District Council in 2014.

Following an eight-month consultation Mace has set out plans to build 149 new homes, a 122-bed hotel and 262 rooms for students accommodation.

The plans are based on new retail space for smaller shops rather than major new store developments. As part of Mace’s new application, an agreement has been made with the Co-operative supermarket to keep it as part of the new centre.

The Botley residents also had a say in the new development, as it not only demolishes old historic buildings, but it demolishes memories:

WE UNDERSTAND that the West Way Supplementary Planning Document (SPD) has been passed, against the wishes of many Botley residents who fear that it will support the kind of “Doric development” that was rightly rejected a year ago.

Having given up last Thursday evening to attend the Vale of White Horse Scrutiny Committee for the SPD, we were appalled at the bullying tone and weak arguments put forward by the planning department representatives and Councillor Mike Murray (cabinet member for planning policy) in favour of the SPD.

In this case and many other new developmental situations, the local residents should have the right and decision on what is best for their community.